If all we knew were sun and moon, stars and energy in a spoon. We’d all be happy with this room. This dreamscape dressed in all the matter, all the while our hearts would shatter…

If God was new and made of myrrh, we’d all rejoice for knowing her, for being in the presence of, a newborn soul and earthly calf…

In this first part of the middle bit of this article (phew, tough tough sentence structure that), I should probably mention something important about the article as a whole. But (see what I did there), I will instead begin a hateful parade upon all of those miscreants that prefer to molest and destroy the language that I hold dear (not really). Shorthand texting for instance, like wat’s up wit dat yo?

You are on your way out when you decide to alter the plans for the evening and send your bestest buddy a quick message. So bla bla bla ‘Maybe we should head off to this place instead of to that place’ and you send it off. In response you get a muddled up version of the essay you wrote back in the Fourth Grade, and that’s saying a lot since you wrote like a mule when you were that age (Mules can’t write). The reply you received from the person you have named friend for the past million years is borderline indecipherable. You panic, which is the sane thing to do if sum1 r3plys 2 ur msg wit rndm 0bscur wurding & numbrs rsmblng thse b@d bois. I’m not exactly sure how the average hoomin would react but I’m pretty sure I’d have a cow, a demon cow. DIablo anyone?

This type of thing hurts me down to the very fibre of my being (that’s pretty deep man) because it seems to be taking over the Internetz rapidly. Another problemo for us English-men/women/things is that the younger generations can’t seem to get enough of it. This reads and feels like a rant, because it is a rant, though I think it is a necessary rant in a world full of ugly fat rants. There are many ways to get your message across to someone without having to strip away the fabric of a rather beautiful language, really, there is. Sure I use shorthand from time to time, but that’s only if I’m in like a supr hury & I dnt reali hav tym 2 luk @ my phn 4 lngr thn a min.

Moving on, but also staying exactly where we all want to be right now because this is SO important. Have you ever read something so hilarious and felt the urge to Laugh Out Loud? I sure as hell haven’t. What compels a person to type those three letters next to each other, when they are in fact staring at their cellular phone with the facial expressions of a certain vampire movie actress? That was rude and I should feel bad, but I don’t. I used ‘that’ term once, and it hurt me. So I fought the word, if it can even be called that, for many years. In the war torn and body filled trenches of the modern tongue. There was, there is, so much death. So many wounded have fallen to the inexperienced youth that now hold the key to our beloved language. And for what do you bend this blissful vernacular, the unflinching urge to Laugh Out Loud when you in fact have no desire to even crack a smile. You horrible, horrible person.

Luckily for you, this page is nearing its untimely demise, so I shall burden you no longer with the faults and shortcomings of a generation gone wrong. Nay good sir, or madam, I shall instead wish you well upon this highway to hell. Oh, that was good. For as dark as the future may seem, it is in fact the exact opposite. One day we shall all be united in tongue and taste, for we shall marvel at the thought of a just and true telling of the English Language. I say good sir it is an exhilarating thought is it not. As for you, you brave few, you band of biebers (oops)….their they’re there, one day you’ll get it right. 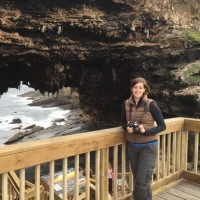 Talking to myself through poetry